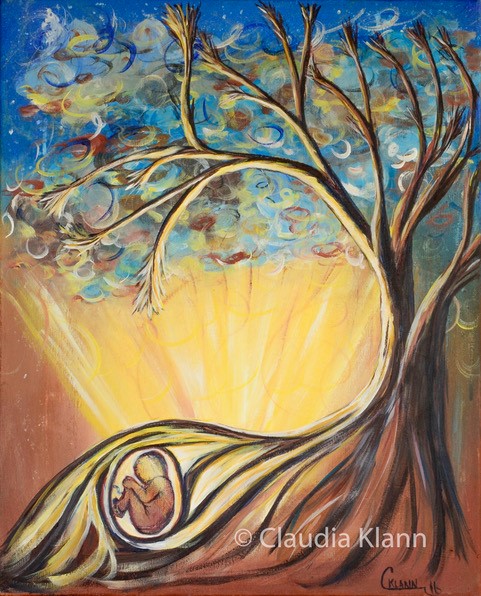 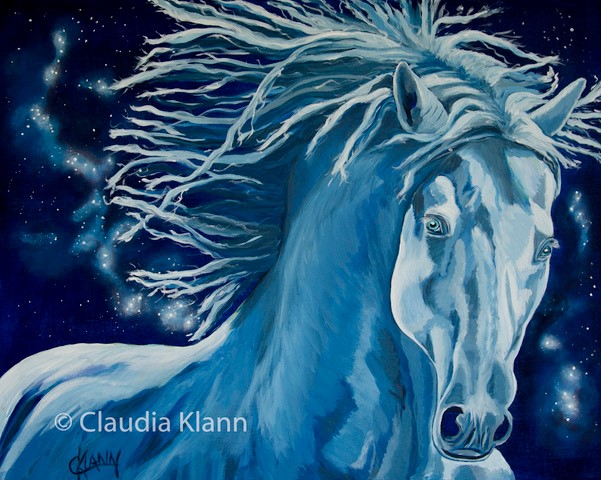 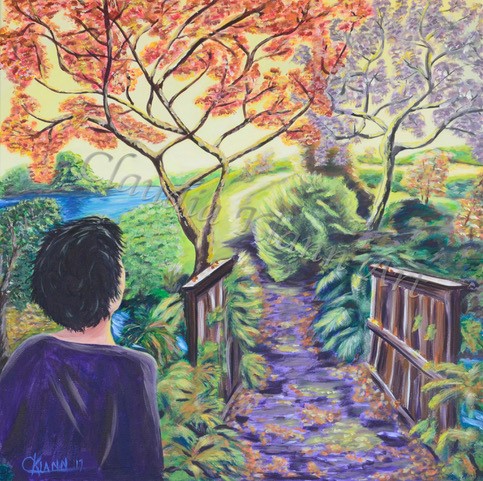 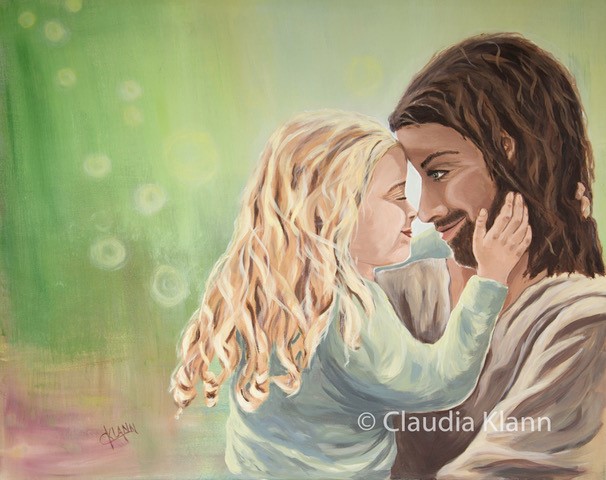 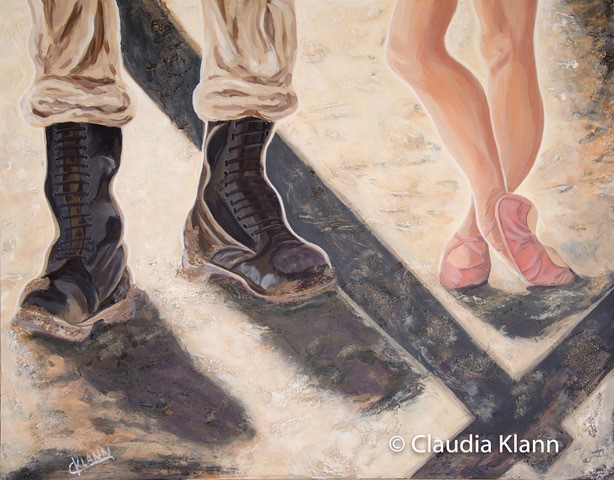 I would like to introduce an amazing Prophetic Artist named Claudia Klann. Claudia Klann grew up believing that she wasn’t creative or artistic. However, over a long period of time she was slowly beckoned to try her hand at painting. And wow! Once she started, her artistic growth has been quick and amazing.

She has transitioned from not considering herself creative or artistic at all, to creating beautiful prophetic paintings on stage at Bethel Church in Redding CA. For those of you that don’t know what Prophetic painting is, it is the act of turning a thought, picture or an idea that comes as a message from her relationship with God into a visual form.

In high school Claudia discovered a passion for photography after buying a used camera. She never pursued it beyond some college classes. Although, she really enjoyed it, that was her most artistic endeavor in school. In her thirties she took a cooking class and found out that she loved to cook. The next passion discovered was for gardening. So much so, that she became a Master Gardener. Slowly, she found that she liked doing other crafts like soap making, crochet and knitting. Claudia was beginning to change her view of herself. She could no longer really think of herself as not being creative.

While attending church at Bethel, Claudia would marvel at the beautiful prophetic paintings as she watched the prophetic painters on stage. She began to feel a beckoning to paint. She would purposely seat herself in an area of the congregation so that she could watch the Artists paint on stage. Every time she watched, the beckoning to paint became stronger. The wishing became a reality one Sunday when she told a friend that she really wished she could paint. Her friend encouraged her to go and purchase some beginner paints and canvases and begin experimenting. She was hooked!

Claudia soon found herself pursuing her new passion with enthusiastic discipline, joining the Bethel Church Art Community. With only a little over two years of lessons and lots of practice, she began creating prophetic paintings on stage. Her paintings are dynamic and powerful! She now has a passion to see other hidden creatives released to be able to express their heart through creativity.

You can find her at;

There's hope for us all yet! I'm 21 and still haven't found my talent haha.

Leia, I just know that you are loaded with talent! You are artist and creative! The fun is in exploring so I encourage you to take risks and try lots of art forms.

Wow! Amazing art work. I especially like the bright colored one. So nice to hear about artists and how they became artists.

Perhaps, you can tell us how you got into arts and crafts yourself with a personal story post Tammie. : - )

Thank you. The bright colored one is called "The Beckoning."

Some day I just might tell about how I got into art and crafts.

Such an inspiring story. Beautiful